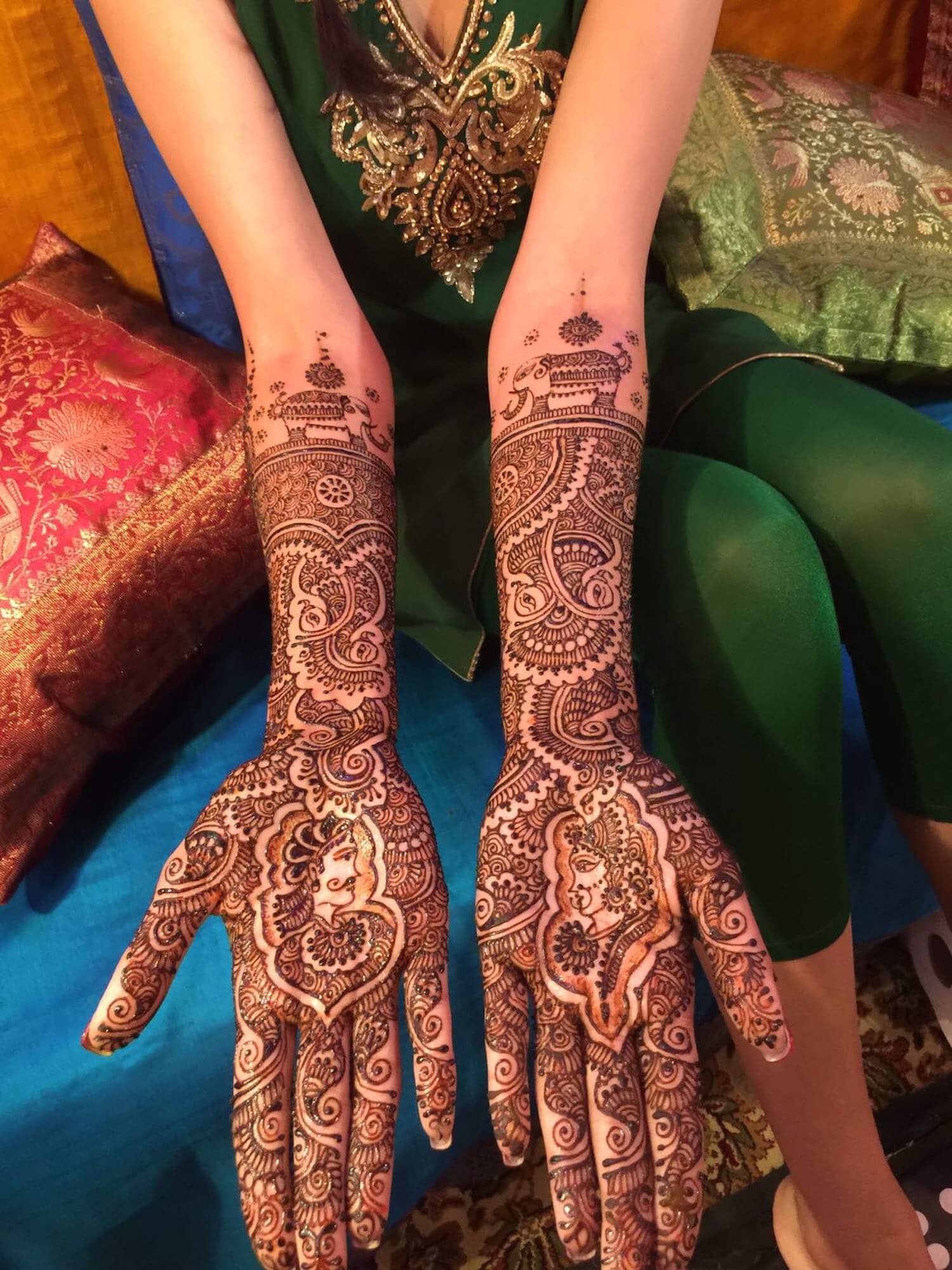 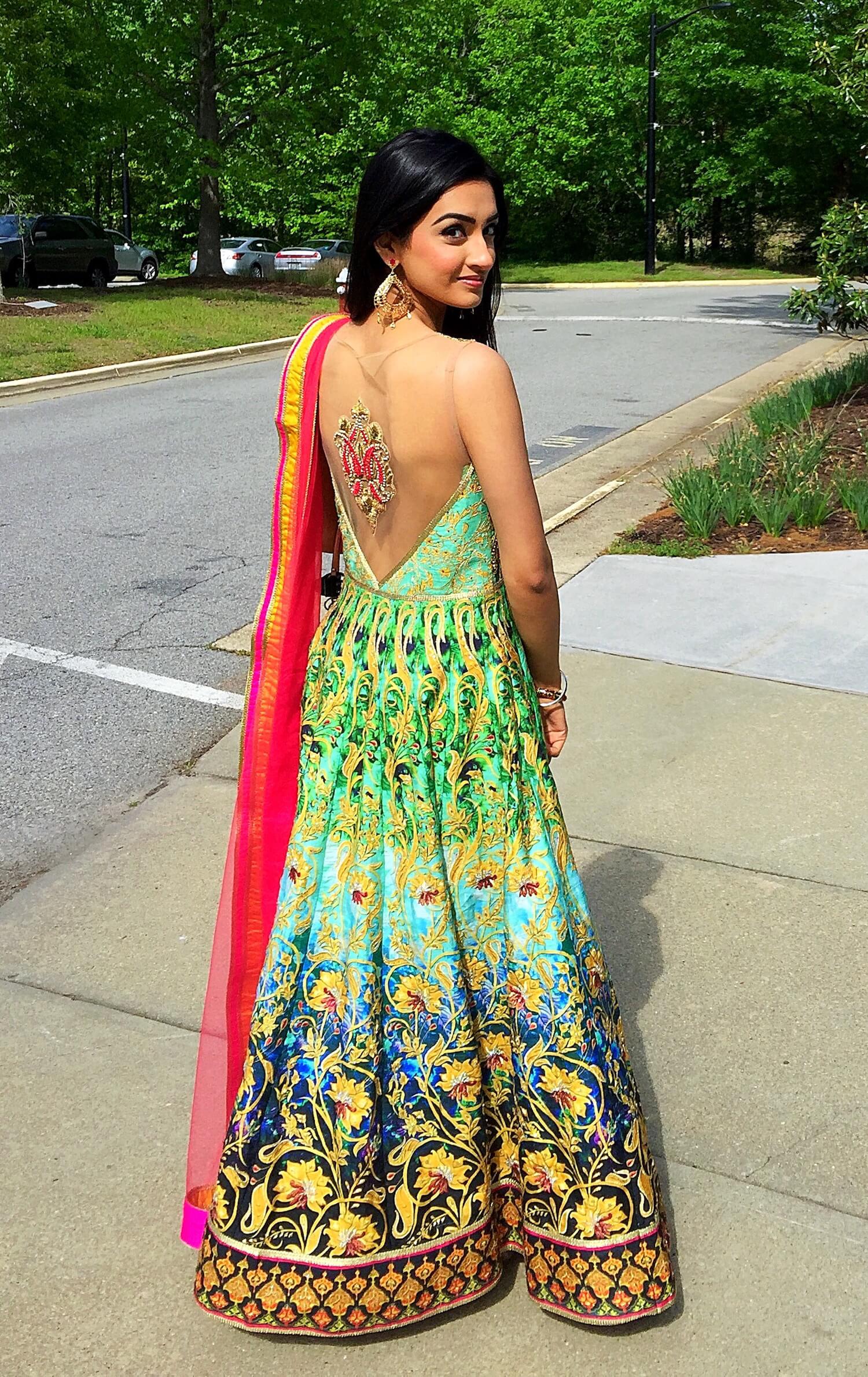 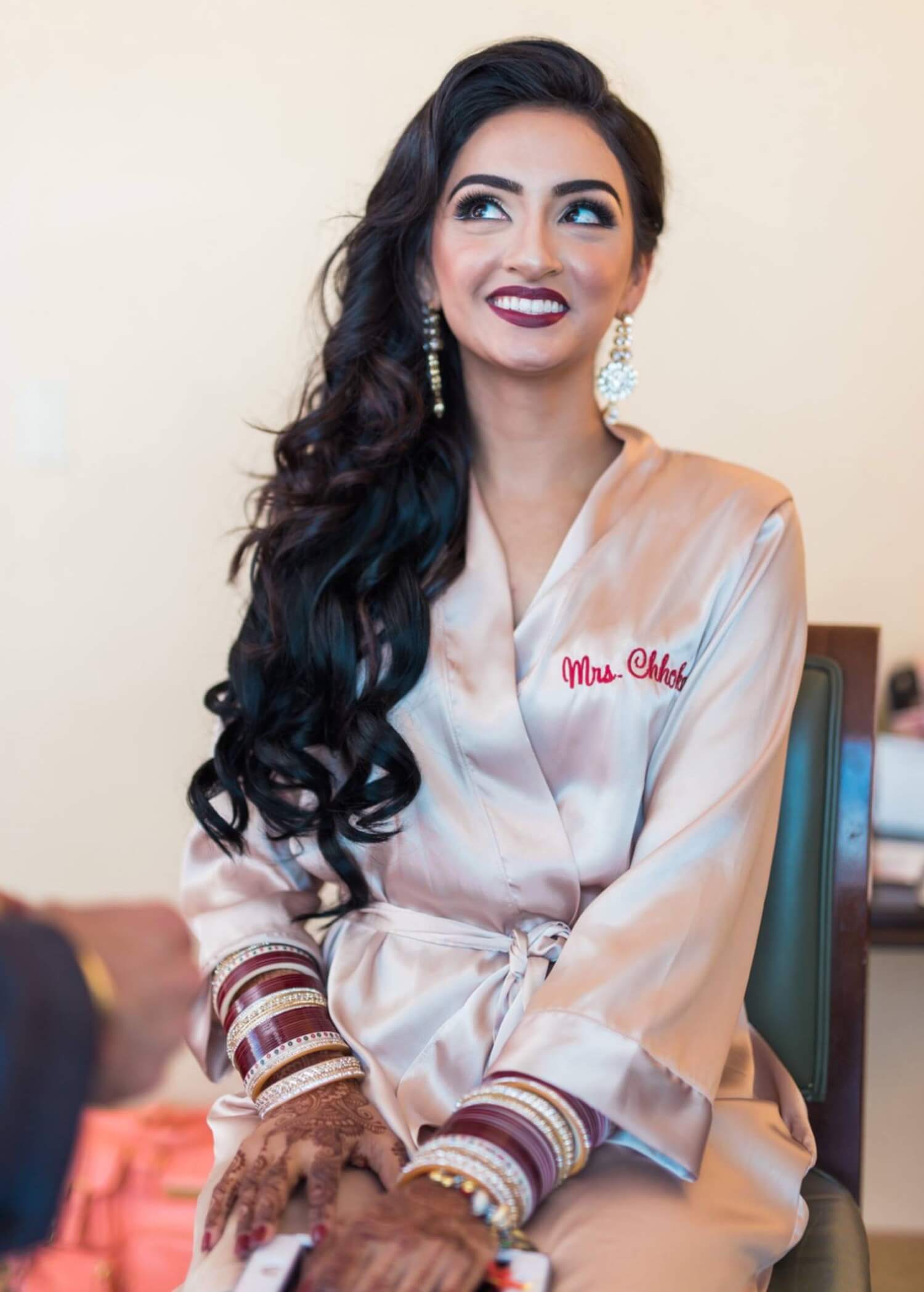 An unexpected love story began after a friendly introduction at a party turned into a wedding proposal for Naina and Rahul. The beautiful bride reminisces about her special day:

“We had a lot in common – he was finishing up pharmacy school and I was finishing nursing school, we both share a love of Bollywood, we have very similar mindsets and goals to do much more.”

The couple met at a party and connected through social media. A few dates later, introductions to friends and family completed, things fell into place!

For the proposal, Rahul feigned a meeting with cousins at the Terrace at Trump months later.

“At the table, the waitress handed me a book, which I thought was a menu at first, but turned out to be a book Rahul made with our pictures and quotes, and lyrics from Bollywood movies. Then he kneeled and proposed.”

Naina had a general idea of what she wanted for her wedding but little was she prepared to host two weddings!

The inspiration behind the Sikh wedding was her love for deep purple – a royal color accompanied with rich hues of gold and silver.

For the Hindu wedding, she wanted a traditional affair but not a typical bridal red so Naina opted for an elegant and unique wine red with gold. 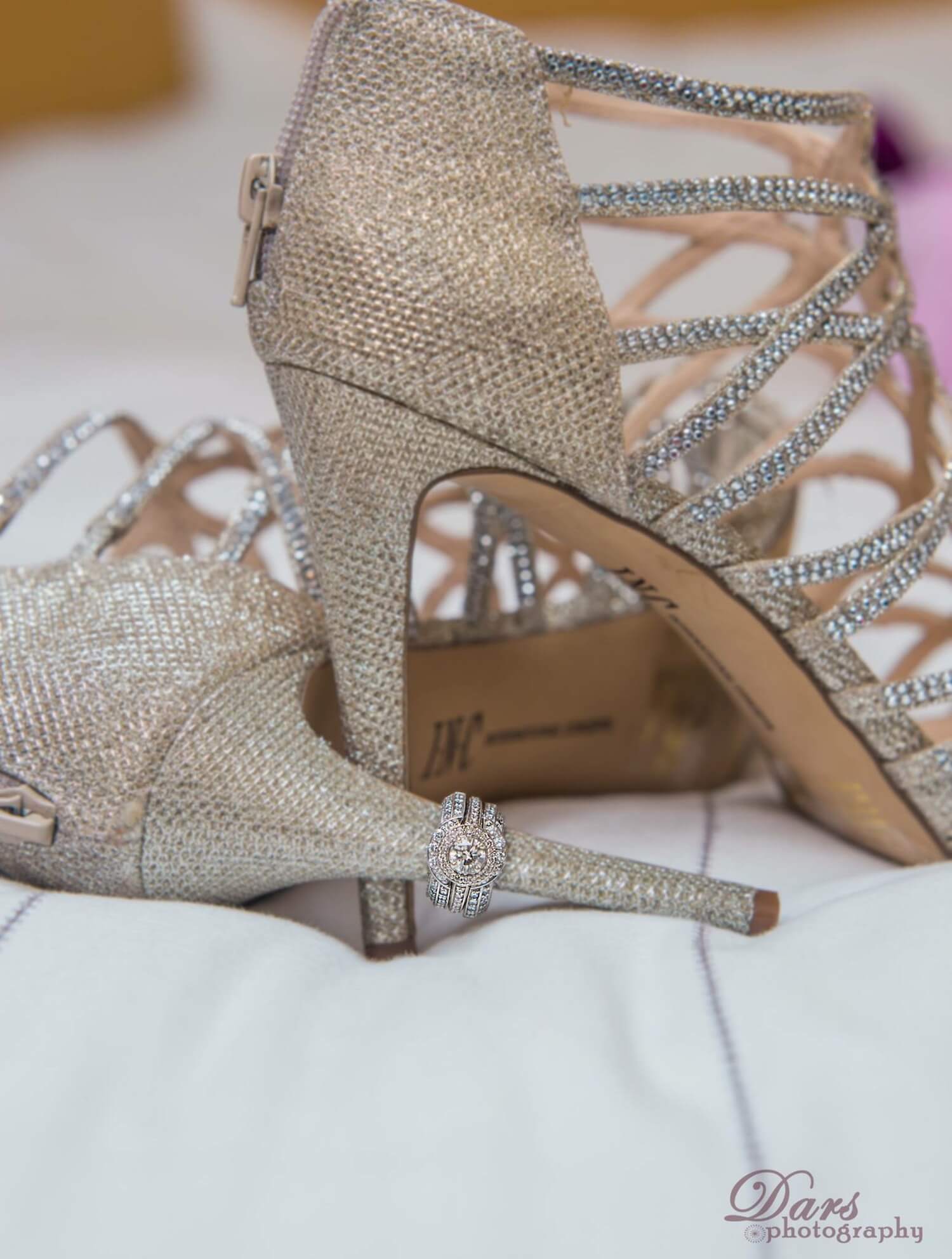 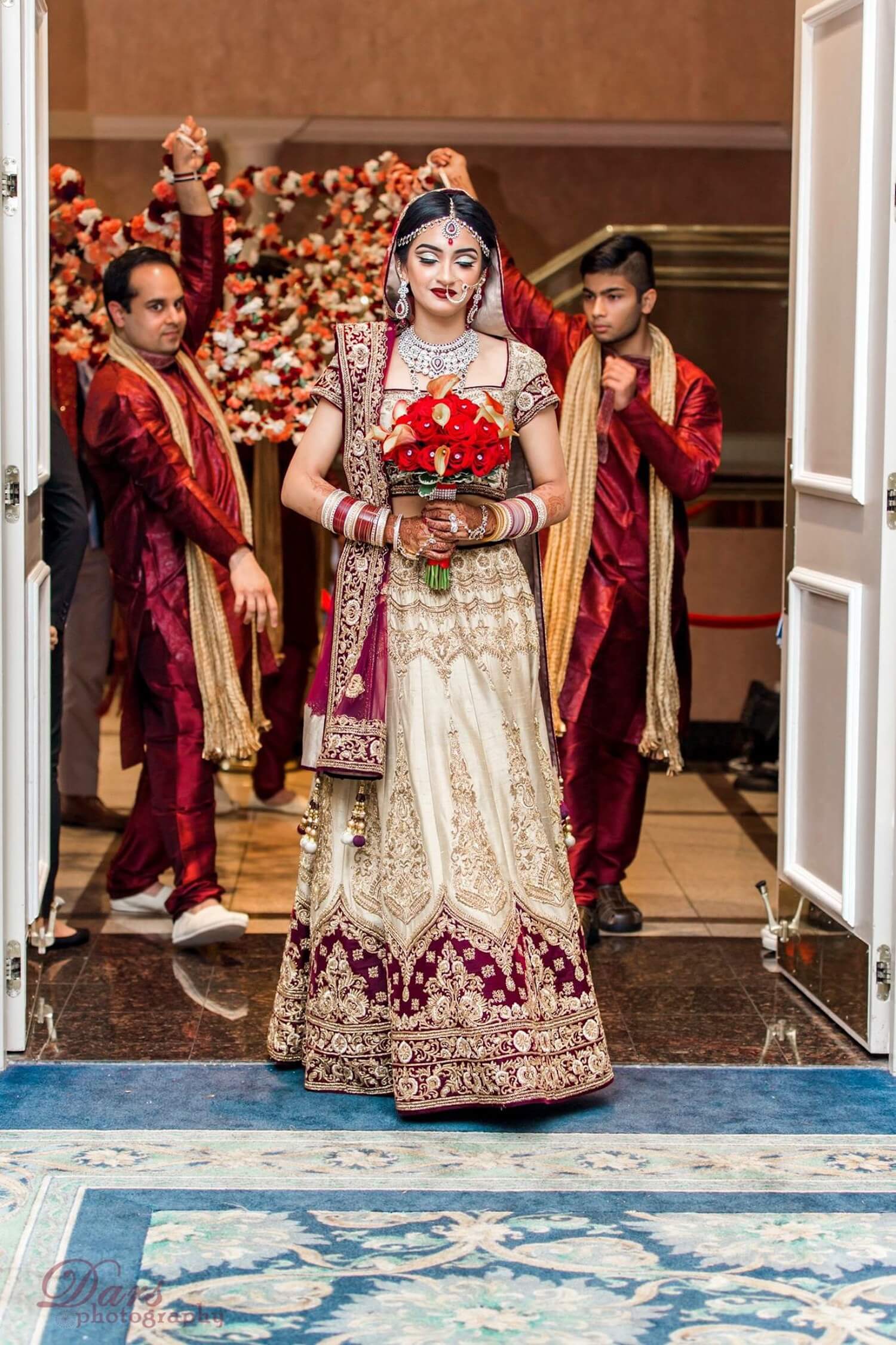 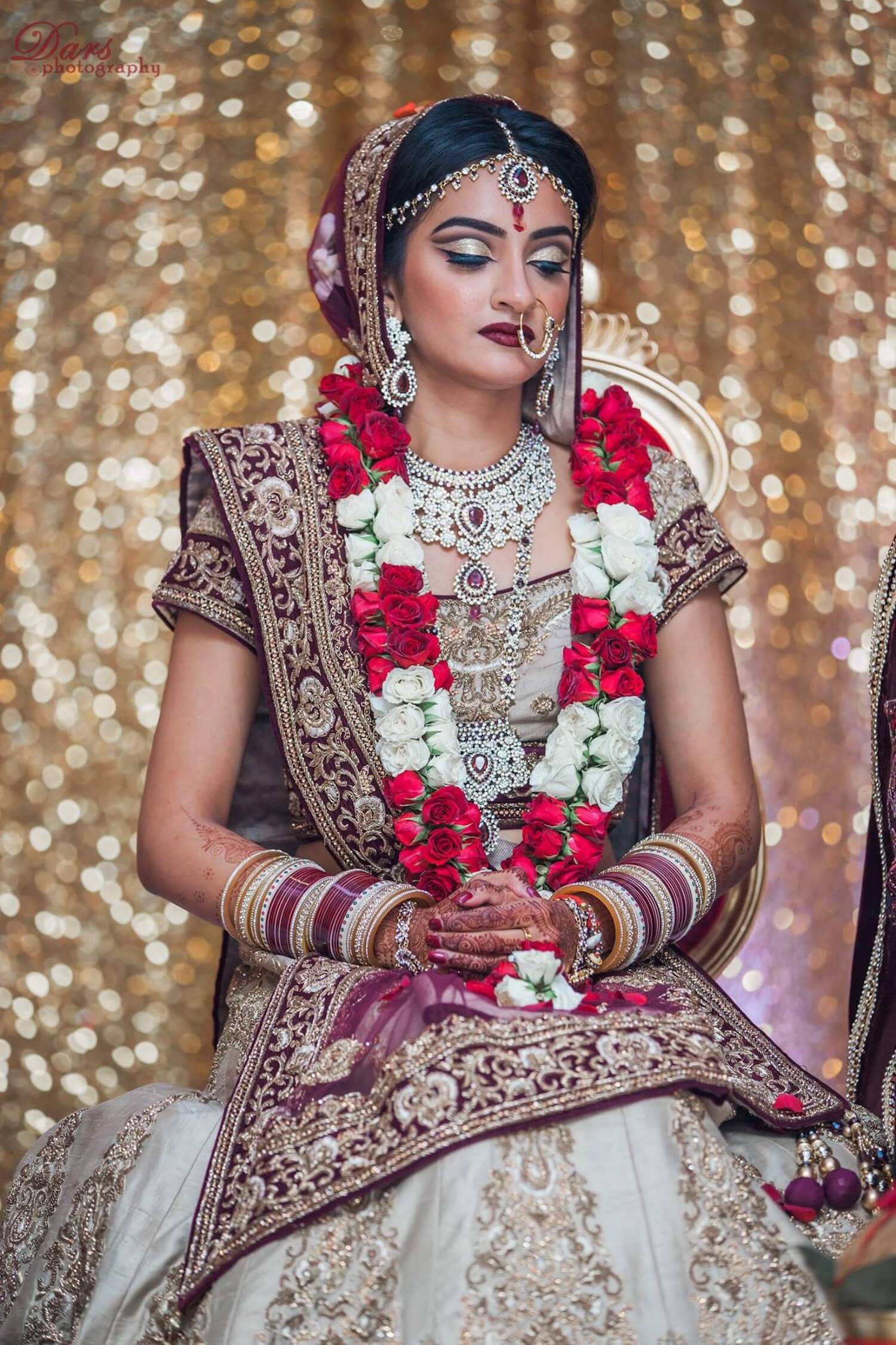 The reception was sparkling and Naina’s cream, beige lehenga with antique gold and copper embroidered Swarovski crystals was apt. 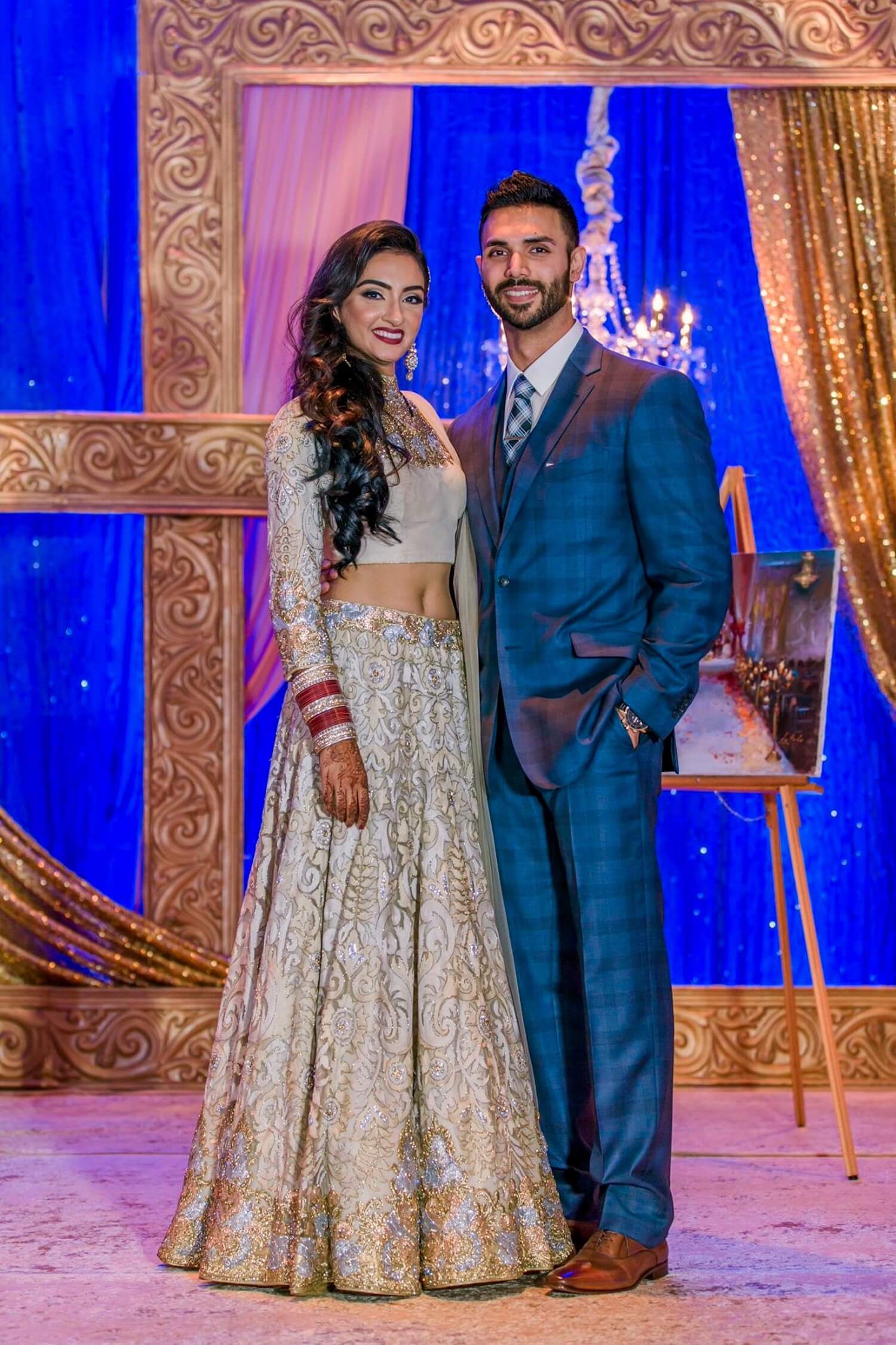 Three elements of the wedding most important to her planning process were the decor, make-up and cinematography.

“The biggest challenge though was our extensive guest list and a venue to accommodate everyone. Also, invitations – I recommend starting on the guest list early and breaking it up in chunks when mailing it out. Plan the seating arrangements earlier for those you know will attend without fail.”

Naina’s practical advice for newly engaged couples: “Have fun! That time never comes back. It may seem stressful now, but everything will get done.

And don’t spend too much on small details, like favors, etc. because those often get overlooked. This day is about celebrating the couple and what you would look back upon!”

“We were on a tight budget. I often had to ask if something was truly important to the ceremony and memories, and had to compromise on many things my Pinterest board had pinned.

So focus on the main elements that are absolutely important to have and remember, and it will all turn out beautiful!” 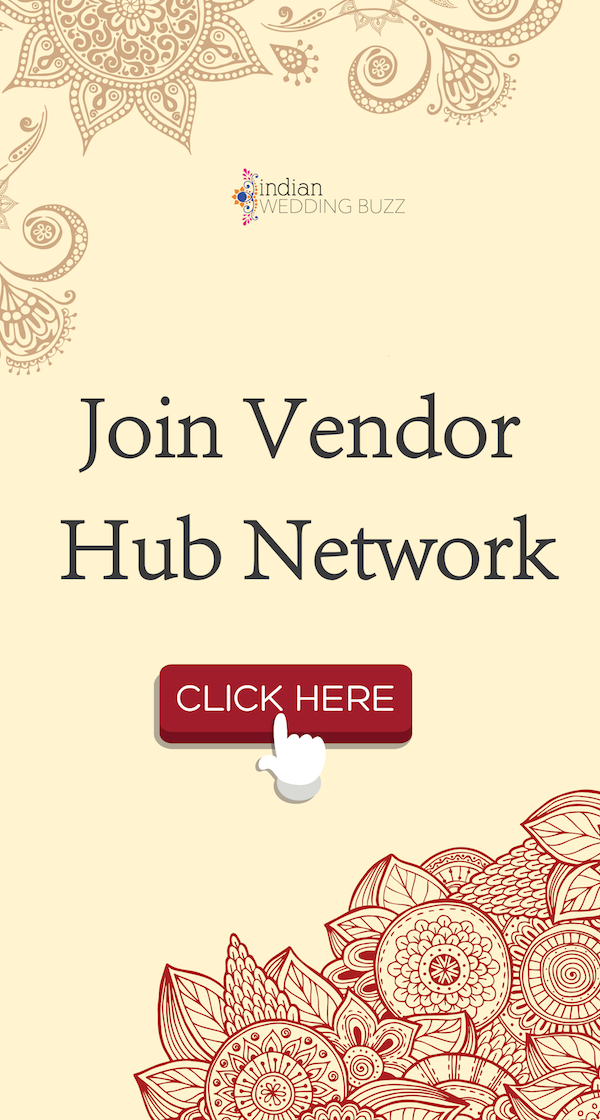